Wolfgang Fleischer is with Telekom Austria Group since February 2003. He works in the Group COO area and is the responsible Head of Network Virtualization, contributing in this facility to the overall Digital Transformation of Telekom Austria Group. He oversees the technology strategy development and the technical roadmap realization for all subsidiaries of Telekom Austria Group since February 2009. He is furthermore the lead person on the areas Mobile Edge Computing (MEC) and 5G Network Evolution. Mr. Fleischer has an overall record of 24 years in Telecommunications. He spent 11 years in product development with vendors dealing with various technologies, focusing on topics like central office switches, SDH add and drop multiplexers, ATM switches, mobile core network gear, digital film production cutting systems, and broadcast play-out servers. He worked for Philips, Lucent and Megisto Systems – a US based start-up company. By now 13 years, he spent working for the Telecommunications service provider, Telekom Austria Group, ensuring the smooth evolution of the Core and Service Networks of the TA Group operating companies. He holds a Doctor degree in Physics from the Swiss Federal Institute of Zurich (ETH Zurich) and an MBA from the Vienna Sales Manager Akademie. 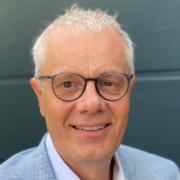 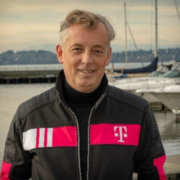