Seizo Onoe became Chief Technology Architect of NTT DOCOMO in June 2017 after his 5 years tenure as Chief Technology Officer, while retaining the position of President of DOCOMO Technology since June 2015. Prior to his current position, he was Chief Technology Officer and Executive Vice President and a Member of the Board of Directors of NTT DOCOMO from June 2012. Mr. Onoe became a Senior Vice President and Managing Director of the R&D Strategy Department in June 2008. He was a Vice President and took the position of Managing Director of departments in charge of Radio Access Network development from July 2002 to June 2008. He has been responsible for leading initiatives in the research and development of the analog cellular system (1G), the digital cellular system (2G), W-CDMA/ HSPA (3G), LTE, LTE-Advanced (4G) and 5G. He has been working on the research and development of radio access networks, core networks, consumer devices and services. He has worked for NTT and NTT DOCOMO since 1982, acquiring more than 30 years of experience. Mr. Onoe has a master’s degree in electronics from the Kyoto University Graduate School of Engineering. 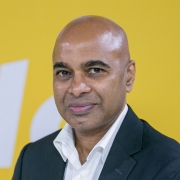