President of Technology, T-Mobile, US

Neville Ray has extensive experience in the telecommunications industry with over 25 years in the design, deployment and operational management of wireless networks in the USA and worldwide. His experience includes all aspects of wireless network design and deployment. As Chief Technology Officer, Ray is responsible for the management and ongoing development of the T-Mobile US, Inc.’s national wireless network, as well as the company’s technology innovations, IT services and operations. Under Ray’s leadership, T-Mobile expanded to become America’s fastest nationwide 4G LTE network, reaching 265 million Americans. Ray served as Chairperson of 4G Americas from 2008 through 2013 and again in 2015 – an organization with a mission to promote and facilitate the seamless deployment throughout the Americas of the 3GPP family of technologies, including HSPA, HSPA+ and LTE. Prior to assuming his national role at T-Mobile, he held the position of Vice President Network Engineering & Operations for the Northeast region. Ray led the company through the 9/11 terrorist attacks, receiving significant recognition from the New York Police Department, NY state agencies and the FCC. Ray’s US career commenced in 1995 when he held the position of Vice President of Network Operations at Pacific Bell Mobile Services. His prior experience included the design and deployment of cellular, microwave and broadcast telecommunications systems in Europe, the Middle East, Africa and the Far East. Ray is an honors graduate of City University, London, UK and a member of the Institution of Electrical and Electronic Engineers (MIEEE) and the Institution of Civil Engineers (MICE). 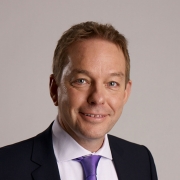