Mr Chong will assume the Singtel Group Chief Technology Officer role on 1 April 2017. He was Singtel’s Chief Executive Officer, International, from January 2013 to March 2017. He is the current Chairman of Bridge Alliance, Asia Pacific’s leading mobile alliance of eleven top-tier operators, serving over 430 million customers. From Oct 2010 to January 2013, Mark was the Chief Operating Officer of Advanced Info Service Plc (AIS), the Group’s associate in Thailand. He joined Singtel in 1997 and has held various executive positions in sales and marketing as well as being Executive Vice President of Networks. He had a previous assignment in Thailand from 1999 to 2000. Before Singtel, he was a member of the Singapore Administrative Service from 1990 to 1997. Mark represented Singtel on the Boards of Globe Telecom, Bharti Infratel, OpenNet, CSLox(Thailand) and other submarine cable joint venture companies. He graduated with a Bachelor of Electronics Engineering and Master in Research in Electronic Systems from ENSERG, Grenoble, France, on a Singapore Government scholarship. He also obtained his Master of Business Adminstration from the National University of Singapore. He is a senior fellow with the Singapore Computer Society. 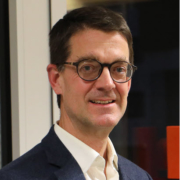 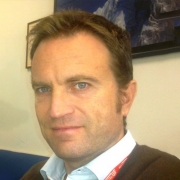