Gordon Mansfield was appointed Vice President – RAN & Device Design at AT&T in April 2015. In this role, Gordon leads the teams who define and validate functionality for use over the air interface within AT&T wireless network. He has responsibility for the Radio Access Network, Subscriber Product Engineering and Measurement platforms. Prior to Gordon’s current role, he has held multiple leadership roles at AT&T since joining the company in July 2006. He has had responsibility for getting AT&Ts small cell efforts started, defining the Radio Access Network (RAN) Strategy, Software/Hardware roadmaps and testing of new RAN products/features for use in AT&T’s network. Gordon is a past Chairman of the Small Cell Forum having led the organization from September 2012 until September 2014. In this role, Gordon oversaw the continued evolution of the Forum which led to membership growth and broad engagement within the international mobile telecommunications industry. Gordon has over 25 years of experience in the communications industry and has served in a number of leadership roles at AT&T, Siemens Communications and the United States Air Force. 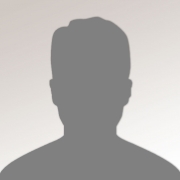